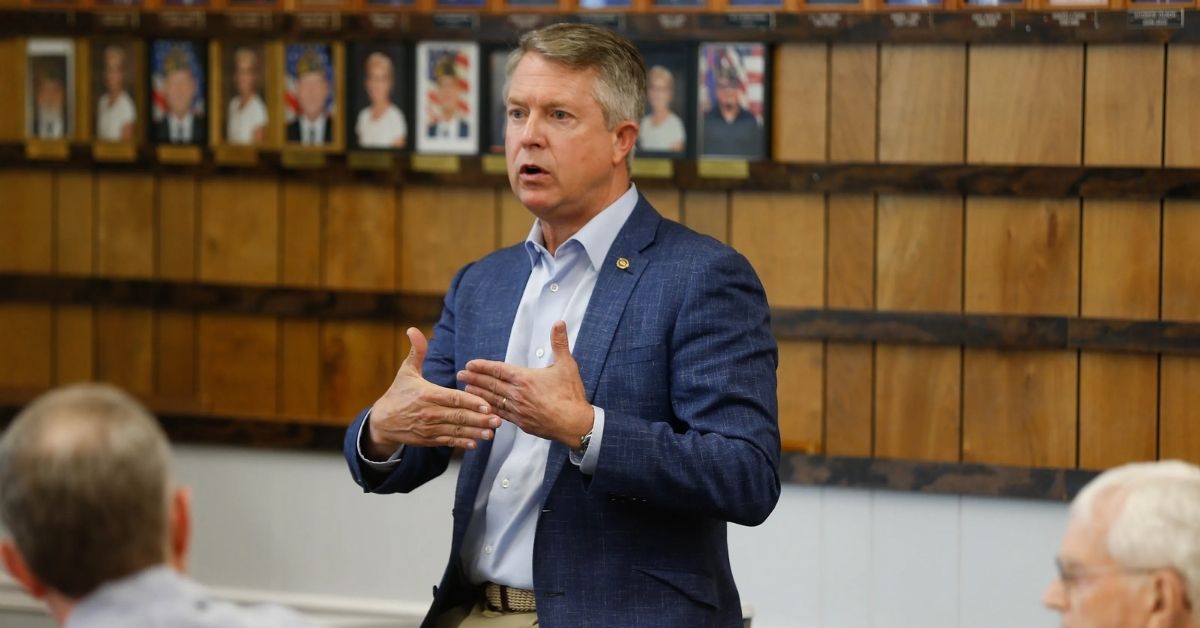 Senator Roger Wayne Marshall (R) is an American physician and politician. He has been serving as a junior U.S. Senator from Kansas under the Republican since 2021. He was a member of the U.S. House of Representatives from 2017 to 2021.

Marshall was born in El Dorado, Kansas, on August 9, 1960. He attended Butler Community College. But, he graduated from Kansas State University with a Bachelor’s degree in Biochemistry in 1982. He received his Doctor of Medicine degree from the University of Kansas in 1987. He completed his residency in obstetrics and gynecology at the Bayfront Medical Center.

Senator Roger Marshall practices medicine as an obstetrician at the Great Bend Regional Hospital, Kansas. He served as the chairman of Great Bend Hospital Boards. Marshall was also the vice president of Farmers Bank and Trust. He also served in the U.S. Army Reserve for seven years. He retired with the rank of Captain.

Senator Roger Marshall started his career in politics as a Republican nominee for a U.S. House of Representatives seat. He won the Republican primary after defeating incumbent Tim Huelskamp. In the general election, he had a whopping 66% votes to win the seat. He served till 2021.

In 2019, Marshall announced his candidacy for a Senate seat vacated by incumbent Pat Roberts. He won the Republican primary. He subsequently defeated Democratic nominee Barbara Bollier in the general election in 2021.

Marshall’s administration fostered health care. He is a strong advocate for the promotion of free and quality healthcare for his people. He also fought hard to repeal hard government policies on the healthcare sector. According to him, healthcare is between the doctor and the patient.

He also worked for the reduction of taxes. He voted for the Tax Cuts and Jobs Acts. He also fought relentlessly against government policies that are hindering business development.

Marshall has also worked hard to promote the agricultural sector of Kansas.

Apart from all these, Marshall has also been a leading figure in formulating and implementing key legislatures. His administration has worked to promote state and national security. He has also worked to promote effective defense and foreign policies.

Before his election to the Senate, Marshall has faced charges for reckless driving. Although he was charged, the charges were later dropped. He also allegedly trespassed and assaulted someone. He was also charged for battery and reckless driving again.

These charges were eventually dropped.

Marshall was also condemned for plagiarizing one of his economic plans. He copied Senator Kelly Loeffler’s plan, which was introduced months before Marshall introduced his own. He was also criticized for plagiarizing an important bill that would cater to millions of people. This action made a lot of people question his competency as a viable candidate for the Senate seat.

Marshall also got under fire for violating the Stock Act. The Act prevents insider trading in Congress. But, after more than a year, Marshall reported and defended himself. He disclosed that his children made the trades.

According to Incomepedia, Senator Roger Marshall net worth is estimated at about $7.2 million

But, Marshall has faced criticisms for multiple cases of reckless driving and assault. He also got under fire for plagiarizing an important economic plan. Also, he has violated the STOCK Act. He was criticized for revealing the violation a year later.