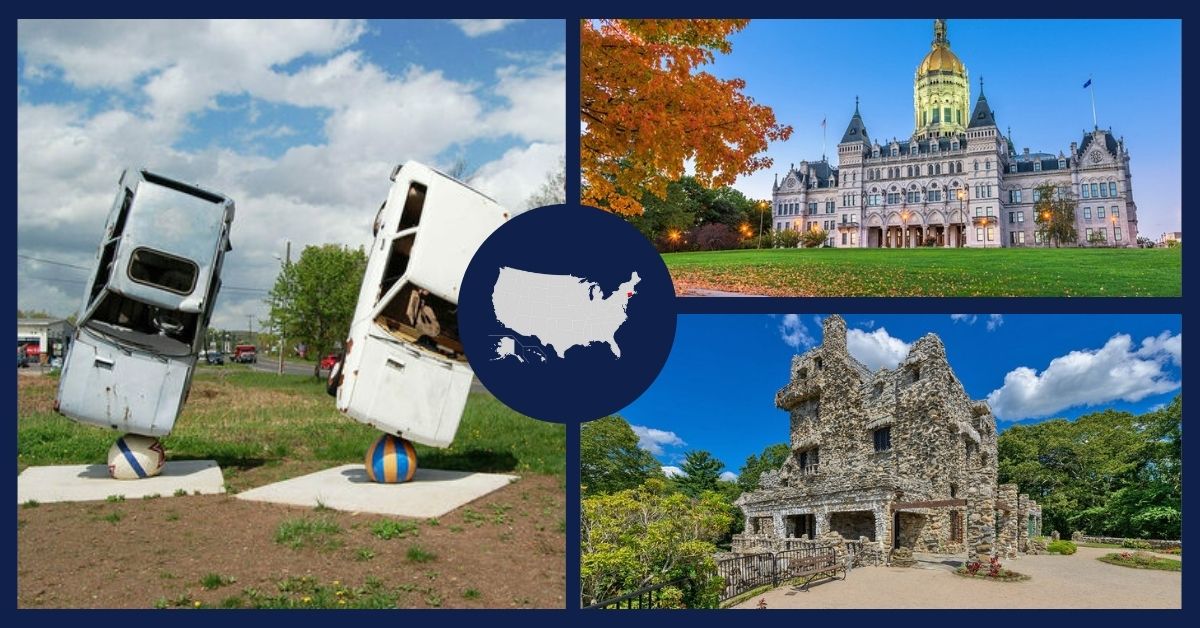 Connecticut occupies the southernmost region of New England. Known as the Constitution State, Connecticut was key to forming the United States.

Connecticut’s museums are rich in United States history and the state’s cultural heritage.

Whether you want to explore the scenic lakes, crashing waterfalls, or lush forests, Connecticut has everything you may need.

Learn more about the state with our interesting Connecticut facts before planning your next trip.

Do you love hamburgers? Well, Connecticut is the birthplace of your favorite sandwiches.

Here are some of the misleading stereotypes people have about Connecticut.

There is no Spring in Connecticut

Everyone is leaving Connecticut

No, Connecticut has one of the highest population densities in the nation.

Yes, there are high taxes, but seven other states charge higher, including Massachusetts, Kentucky, and Minnesota.

Here are our top 10 strange laws in Connecticut. Read the Craziest Laws in the United States, if you want more.

Connecticut is a fantastic place filled with history and culture. There are several things to do in Connecticut, from indoors to outdoor activities.

Connecticut has produced some of the brightest minds globally, including President George W. Bush.

What is Connecticut famous for?

What are the 13 interesting facts about Connecticut?