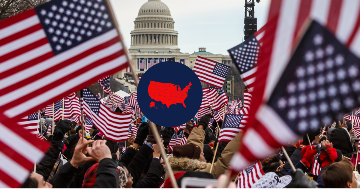 The US has some pretty crazy laws on the books.

Some of them are so bizarre you have to wonder what legislators were thinking when they wrote them.

They may not be enforceable, but that doesn’t stop people from trying to follow them!

From a law against wearing socks with sandals in Florida to one against eating rabbits in Oklahoma, here are some of the craziest laws in the US.

#1. It is illegal in Alabama to open an umbrella on the streets of Montgomery.

#2. It is legal in Alaska to hunt bears, but it is not legal to wake them or take photographs of them.

#3. If you are in a public place and wearing a swimsuit, you may not sing in Arizona.

#4. In Arkansas, teachers cannot cut their hair into a bob if they want a raise.

#5. California does not allow women to drive in pajamas or housecoats.

#6. It is illegal to lend your vacuum cleaner to your neighbor in Colorado.

#8. Changing clothes in your car is illegal in Delaware.

#9. It’s unlawful to gossip in Florida.

#10. In Gainesville, Georgia, chicken should be eaten with your hands.

#11. Pet owners in Hawaii are not allowed to keep more than 15 pets.

#12. Pocatello, Idaho requires you to smile in public.

The Mayor of Pocatello jokingly passed this law following a severe winter back in 1948, which dampened the morale of city employees and citizens alike.

#13. “Eavesdropping” on your own conversations is a Class 4 felony punishable by up to three years in state prison in Illinois.

#14. You may not force a monkey to smoke a cigarette in Indiana.

#16. Kansas prohibits the topping of cherry pie with ice cream.

#17. You need your husband’s permission before buying a hat in Owensboro, Kentucky.

#18. In New Orleans, Louisiana, fortune telling may land you in trouble.

#19. Tickling a woman’s chin using a feather duster in Portland is illegal in Maine.

#20. It is against the law for a Maryland man to buy a drink for a female bartender.

#21. In Massachusetts, you must have a license to wear a goatee.

#22. According to Michigan law, a wife’s hair belongs to her husband. Without her husband’s permission, a woman isn’t allowed to cut her own hair.

# 23. Being jobless is illegal in Minnesota.

#24. In Mississippi it’s unlawful to seduce a woman by pretending you’ll marry her.

#25. In Missouri women are prohibited from wearing corsets. It’s probably the right thing but for the weird reason that “the privilege of admiring the curvaceous, unwrapped body of a young woman should be available to every normal, red-blooded American man.”

#27. You may not want to shave your chest if you are a man. It’s illegal to run around in a shaved chest in Nebraska.

#28. It’s illegal to sell your dentures, or false teeth in Nevada.

#29. In New Hampshire if a person is caught raking the beaches, picking up litter, hauling away trash, building a bench for the park, or many other kinds of things without a permit, he/she may be fined $150 for ”maintaining the national forest without a permit”.

#30. Cats, in Cresskill, New Jersey should wear three bells to warn birds of their location.

#31. A female cannot appear unshaven in public in New Mexico.

#32. It’s illegal to speak to people in an elevator in New York.

#33. Oral sex is not only illegal; it’s also a class 1 felony in North Carolina.

#34. It’s unlawful to sleep while still wearing your shoes in North Dakota.

#35. Leaning against a public building is a crime in Clinton County, Ohio.

#36. Taking a bite out of another’s hamburger is illegal in Oklahoma.

#37. Boxing with a kangaroo is illegal in Myrtle Creek, Oregon.

#38. More than 16 women shouldn’t live under one roof in Pennsylvania.

#39. You are not allowed to have more than two dogs in Rhode Island.

#40. It’s illegal to keep your horse in a bathtub in South Carolina.

#41. Your horse should wear pants before entering the fountain inn in South Dakota.

#42. It is illegal for a woman to drive a car in Memphis unless a man is either running or walking in front of the car waving a red flag to warn approaching motorists and pedestrians in Tennessee.

#44. It is illegal to carry a violin down the street in a paper bag in Salt Lake City, Utah.

#45. It is illegal to tie a giraffe to a telephone pole in Vermont.

#46. It’s illegal to tickle a lady in Virginia.

#47. It’s illegal to purchase meat on a Sunday in Washington.

#48. In Alderson, West Virginia, it’s illegal to walk your tiger, leopard, or lion.

#49. Women are not allowed to wear anything red in public on St. Croix, Wisconsin.